Technology Enthusiast and Avid Gamer since Atari 2600 era. Passionate about all things Tech.

Latest posts by Rouble (see all)

Chinese handheld emulation console, RG 300 or Retro Game 300 is now available online. I’ve been trying to get my hands on as many as Chinese emulation consoles I can, to see which one is the best. There is the Bit Boy; the Bit Boy Pocket Go, the ldk game, the ldk game landscape, the RS 97, the RS 97 Pro and there’s a few more floating around. A lot of these devices have the same retro firmware installed. Most of them use the same type of CPU, a MIPS CPU.

Besides the Bit Boy and the Pocket Go all others use MIPS. The Bit Boy and Pocket Go use an ARM CPUs. MIPS CPU is an old CPU that they’ve been using in this new Chinese emulation console, Retro Game 300. The CPU is excellent for retro emulation, but some of the harder games struggle to run. Even few SNES games struggle on this hardware.

Inside of the box, you’re going to get the console, a user manual, audio video out and a USB Type-C charging cable.

I’m not sure if every single one’s going to come like this, but instead of micro USB or the old mini USB, this one uses USB type-C. There’s not much difference here, because I’m sure it’s running at USB 2.0, but to see them upgrade to a USB Type-C cable is pretty cool. So let’s take a look at the Retro Game 300. I’ll go over the specs and then test out some emulation on this device.

Design and features of Retro Game 300

I like the landscape version of these devices, like the old Game Boy Advance layout. But I know there are some people out there that love the old Game Boy look. This one has you covered. On the bottom of the device, there is a 3.5-millimeter audio/video jack. There’s an included audio/video cable in the box. You could connect this to a composite input on a TV, or you could use it strictly for headphones.
Like I mentioned, it also has USB Type-C for charging.

You could plug this into your PC and transfer your games that way, if you don’t want to take the SD card out. The only thing over here on the right-hand side of the device is the volume rocker so that I can adjust the volume from here. On the left-hand side, there is the power switch and an extra micro SD card slot. Now, this did come pre-installed with a 32-gigabyte card. I haven’t tested anything more significant than that, but I’m sure it’ll work at least up to a 64.

On the face of the device, there is the D-pad, which feels pretty good. There is also a start, select a B, X, Y, and two extra buttons. In the middle, one of them controls brightness on the screen, and the other one will suspend the system so you can put it into a sleep mode. Inside of many of the emulators that are pre-installed on the RG 300, this button will act as a menu button for the emulator so one can get into the settings.

This does include an L and R button around back plus there is the battery door.

Inside the battery door, there is a BP-5L 1800 milliamp-hour battery. Underneath the battery, there is the SD card that runs the whole operating system. So if you want to flash custom firmware, this is the SD card I would take out and reflash. As for the internal specs, I have a three-inch HD display 960 by 400, and I’m not sure whether calling this HD is okay. I mean it does look pretty decent, but one thing they did get right was including a tempered glass screen.

The screen itself is tempered glass, is not plastic and it’s not going to scratch up as easy as some of the other handhelds. The CPU is MIPS JZ4760B; they claim it’s a dual-core at 600 megahertz. One hundred twenty-eight megabytes of ddr2 RAM. Internal memory is 16 gigabytes, but remember it’s just the 16 gigabyte SD card. Under the battery, it does include an 1800 milliamp-hour battery, and they claimed 6 hours of gameplay time.

The screen looks pretty good. I’m going to head over to the About section, and this is running GMenuNX, so I pretty much have retro FW already pre-installed. I did do a little bit of online searching, and there’s already custom firmware available for the Chinese handheld emulation console, RG 300. I’m just using the stock firmware that came out of the box. There are only three skins available on this firmware here. But I know the new custom firmware offers the comic book theme and it looks perfect on these devices.

Heading over to the emulator section, I have MSX, I have FBA, Gameboy, NES, SEGA Game Gear, Neo Geo Pocket, there’s Wonderswan Color, Game Boy Advance, original Gameboy Genesis / Mega Drive, PlayStation 1, SNES, Wii, Open Bore, DOSBox, and NeoGeo. There are few others here that I don’t use. It does come pre-installed with some freeware DOS games like Quake Cave Story and a few others. It also has a couple of built-in media players for video, music, and PDFs so you could view comics on this device.

Now it’s time to get into a little bit of testing. This screen is running at 60 Hertz, and it’s wired up for 60 Hertz. I haven’t seen any screen tearing whatsoever. I’m going to test a few of my favorite emulators and games here and see how this thing performs.

First up, there is the Pico Drive emulator – this will do Sega Genesis, otherwise known as Mega Drive in other parts of the world. Rocket Knight adventures run at a constant 60 FPS. I don’t have any frameskip on. I do have the FPS listed in the lower left-hand corner of the screen, but I know it’s kind of hard to see.

Next up I have Gun Star Heroes, and it’s been working Ill. I haven’t had any issues at all with this Pico Drive emulator, so I’d say Genesis and Mega Drive is good to go on this device. I do notice some sound glitches here and there. This is the Wonderswan Color version of gold max. I hate this version, but it does work on this device.

Original Gameboy emulation on these devices has always been a non-issue. But I did want to test it out. You shouldn’t have any trouble running any of these Gameboy games from Tetris to Pokemon. Pretty much the same thing here with NES emulation, keep in mind if you’re using PAL games make sure you turn PAL on in the settings.

I’ve always had excellent luck with PC engine and Turbo Graphics 16 on these devices. This chip handles it well. As you can see here, I was getting full speed. Even though most of these devices include a PS1 emulator, it doesn’t mean that every game was going to run well. Some 2D games are going to perform pretty well with brain skip on.

This is X-men vs. Street Fighter, and I do have frameskip on, and performance is pretty decent. But when I move over to easy to run 3D games like Crash Bandicoot, even with brain skip on it still struggles.

As for Neo Geo, unfortunately, I’m getting a lot of screen flicker. It was noticeable to the eye enough for me not to want to play it. I’m not sure if custom firmware is going to fix this. But for now, the Neo Geo emulator, in my opinion, is unplayable.

Most of the SNES library will be playable on this device but like all of these other ones powered by the same chip. When one moves over to the FX or the FX2 chip games, you will have a lot of slowdowns even with frames kept on. I still get some audio glitches, and I hate the way it looks with that frameskip.

Finally, some Gameboy Advance – this is Sonic Advance 3 it’s a very fast-paced game, and I’m getting constant 60fps here. I don’t have frameskip on, so, for the most part, GBA games will perform pretty Ill. Personally, when it comes to Game Boy Advance, I’m really into the Pokemon games, and they’ll work great on this.

In the end, I have another Chinese console with the same CPU, a little different form factor with a bigger screen, and performance is going to be the same as the LDK. The LDK landscape, the RS 97, the RS 97 plus and even the Bit Boy, the face buttons feel great. The L and R buttons are straightforward to get. To one thing I’d like to change about this is a brighter screen. I do wish it had a more vivid display in it. It does look pretty decent when you’re upon it, but it is a little dim even at the max brightness, so it’s really up to you.

If you are interested in buying one of these, Click the link below, where you can buy one: 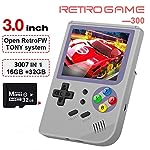 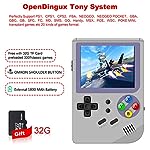 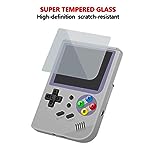 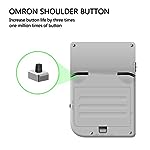 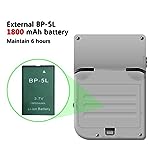 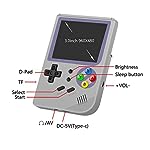 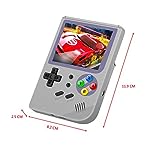 History of GameStop and reasons for its decline