Technology Enthusiast and Avid Gamer since Atari 2600 era. Passionate about all things Tech.

Latest posts by Rouble (see all)

I personally used Android x86 8.1 to run on an old HP machine. After you install Android x86, you’ll have access to the Google play store. So you can then install your favorite Android apps like Pub G, Netflix, Youtube, so on, and so on. Android x86 will work on any PC or laptop. I’m using an HP 6000 PRO here, and it is the SFF model. I have 4 gigabytes of RAM. Luckily this unit here does support ddr3. I was able to buy this for $20 without any hard drives it had 4 gigabytes of RAM pre-installed and the GPU.

How to Get Started

I used an old machine. It had a Core 2 Quad 9550 at 2.8 gigahertz, and the GPU was an AMD 6350 with 512 Meg’s of RAM. Now, this would make a perfect little emulation machine. There are a few things that you’re going to need before we get started here. If you have an old PC like this you’re not going to have Wi-Fi, you’re going to have to use Ethernet, or you can use a USB Wi-Fi adapter. I’ll leave a link below to Amazon. I got one that works perfectly with android x86. The next thing we’re going to need is a USB Drive. All you need is something that’s around 8 gigabytes because all we’re going to be doing is installing Android to this and then flashing it to the internal hard drive of the PC. Finally, I recommend picking up an SSD or another disk.

How to Get Android x86

Next thing to do is to head to the following link: Android x86. There is tons of information here. Android x86 supports 64-bit and a 32-bit kernel. There are two versions you can download, and it depends on how old your PC is. Usually, I start with a 64-bit version, but if that doesn’t work, I jump right to the 32-bit version. Flashing Android x86 doesn’t take long at all.

How to Get and Use Rufus

Head to the Rufus website and download the application. I’m just going to take them and put them on the desktop for easy access. Using Rufus, you have to flash the Android x86 image to the USB Drive. Now open Rufus, it might look a little intimidating, but it’s super simple to use.

The device is what we’re going to be flashing to, so make sure you have your USB Drive chosen here. Next, we want to decide to select and navigate to where we have the image on HDD. Double-check that you have selected the correct USB drive and click start. Write in ISO image mode is recommended, click OK.

Now you’ll get a warning that it’s going to delete everything on that USB Drive, click OK.

Rufus is going to create the proper partitions and flash the Android x86 image to the USB.

Just give in a little time it will finish flashing Android x86 image to the USB drive.

On the PC you want to install Android x86 on, you’re going to need to enter the boot menu. Now certain manufacturers use different keys. Like on a Dell it’s f12, on Asus its f8, but your machine might be different. So you want to do some research. Find out how to enter the boot menu when you start your computer up. It’ll be a specific hotkey f2, f5, f10 or f8, could be any number of those.

Your boot menu might look a little different than this. Mine was an older PC, so it doesn’t have UEFI. Yours might say USB device like SanDisk UEFI. Go ahead and select that one if you have the option; this uses the old bio standard. You will have only one choice for a USB device, and since we flash Android to the USB, that’s what we want to boot from usually this gives you 60 seconds before it boots.

The very first option can be a live CD; this will run android x86 without installation. I recommend doing this first to make sure everything does function properly. Nothing will save if you sign into the Google Play Store and download apps. A live CD is an excellent option for testing it out to make sure it works before we do an installation.

How to install Android x86 from USB to SSD or HDD

If you’re ready to install this to a disk, scroll down to advanced options and press Enter.

You will find the auto-installation, auto-install to specific hard drive from here. We’re just going to press enter.

It’s going to boot to the installation menu, and from here you can choose the drive you want to install Android x86 to. The removable drive is the drive. We have Android x86 installed on, and the hard disk is the drive. I’m going to be installing – that’s my SSD, it’s a 240 gigabyte SSD.

I’m going to format partition sta-1, and it’s going to write the android x86 image to the hard drive or SSD.

When it’s finished, it is going to ask you to run android x86 or reboot. Always do a reboot. So I’m going to unplug the drive, choose reboot and exit. Normally it should boot directly from that drive, but if it doesn’t, you can always enter the boot menu and select the drive we just installed Android to.

The first boot could take up to 10 minutes. If it takes any longer than 15, then you got an issue. You might want to reflash or try the other image.

How to Get Wi-Fi on Android x86 on PC

I usually use Ethernet because it’s much faster, but I’m on the other side of my office right now with no Ethernet. So I had to use USB Wi-Fi adapter – I’ll leave a link after the guide. The only one I’ve personally been able to get to work you might find something else but this one is only 2.4 gigahertz, so we don’t get that five gigahertz Network.

How to Setup Android x86 on PC

You’re going to set it up like you would a brand-new Android phone. Connect to your Wi-Fi network and then sign into Google just like you would with a brand new Android device. So here it is, you will have Android x86 8.1 running on our PC.

The first thing to do is head over to settings, then go to Android x86 options and turn on the native bridge.

This is going to give you better compatibility with ARM only apps from the Google Play Store. The next thing to do is to head over to the Google Play Store and download your favorite Android apps. So you might run into a few apps that don’t work on Android x86, even with the native android bridge turned on. They’re far and few in between and it used to be a lot worse. I haven’t run into any with Android 8.1, but in the older 7.1 builds, I had a ton of apps that wouldn’t work because they work on ARM chips.

The best thing to do is to start downloading your favorite apps and see if they work. And yes this will support controllers, Bluetooth or wired. So if you have a Bluetooth dongle, you can connect your Xbox One or your PS4 controllers to the PC. So that’s pretty much it. I like the Android x86 over Prime OS or Phoenix OS or even Remix OS because it’s stock Android, there’s no bloatware in here except for the Android x86 options in the settings menu. So you’re not going to get bombarded with Facebook apps and things like that. So basically it’s pretty much a stock Android experience on your PC.

Finally, here is the recomended Wi-Fi adapter for Android x86:

Make sure this fits by entering your model number.
USB WiFi Adapter: Speeds up to 300Mbps for lag-free HD streaming and online gaming
Easy Setup: Quick setup with included CD. Frequency is 2.400 to 2.4835 GHz 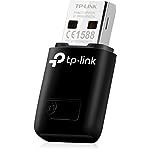 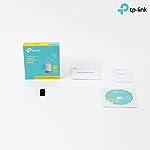 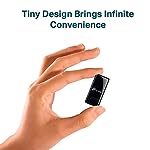 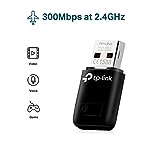 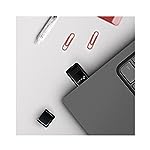 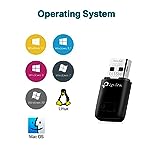